Pics
Note on the trailer pics: I will be keeping all the interior storage items, such as the oil containers and fuel jug storage bins. The tire racks and front bench/cabinet assembly will stay, but I will retain the rollaway toolboxes. 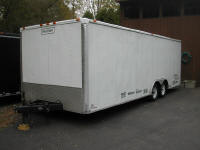 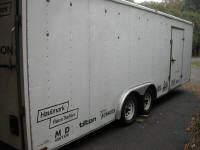 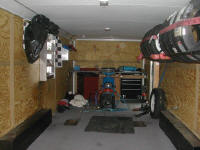 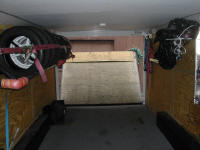 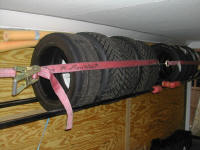 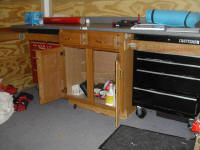 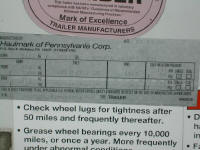 When I was cleaning out the trailer last Saturday I took some more pics. First, I noted some damage; it was there from the prior owner and I had forgotten about it, but wanted to disclose it. Further, I took a couple of pics to show how it's equipped and will be delivered.

Interior: This is what you'll get. tire rack is included, as is the new spare tire. Note that I'm also including two brand-new roof vents (cardboard boxes) that I never got around to installing, and the orange bar is some kind of trailer wheel lock (but I think some parts are missing, I never used it). - GA 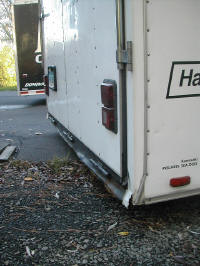 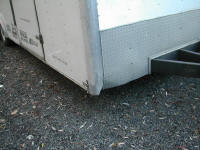 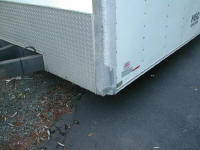 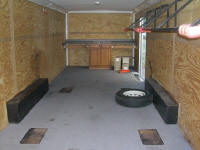 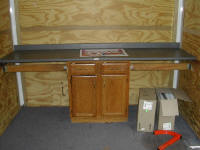 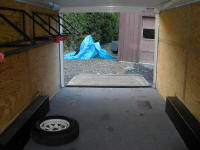 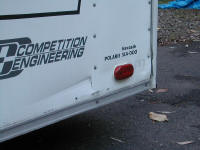